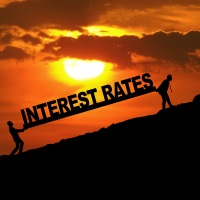 Will interest rates go up?

For years now interest rates have been at a historic low. For some people (especially borrowers) this has been beneficial and keeping rates low has meant more access to credit and reduced costs on items such as mortgages. By the same token others have called for rates rises and for savers this period has been especially difficult.

In this article, we will look at whether or not interest rates will go up in the coming years and if so whether or not it will be beneficial in both the economic short and long term.

Some analysts (such as Derek Halpenny, the head of global market research at MUFG) have argued that the current low rate was as a response to the Brexit vote and the fear that it could lead to excessive inflation.

Indeed, his argument is that the current weakness of the pound has resulted in more export orders and so the idea that the economy is fragile is an exaggerated claim.

Of course, as is often the case there are arguments for and against the rise in interest rates. According to Andrew Goodwin the leading UK economist at Oxford Economics any raise is unlikely to happen before 2019 at least.

His argument is that in order for this to happen there would need to be evidence of stronger growth as well as firmer wage and cost unit pressure. A lot of this also depends on the result of Brexit negotiations (it is arguably not a coincidence that he is not setting a timeframe before the negotiations have been finalised).

Getting a clearer picture

Ultimately the economic picture will remain unclear until after the Brexit negotiations have been finalised. Only then will businesses know for sure what they can expect and therefore the banks will know how confident they are.

If this then means there is more long-term stability post Brexit then an increase in interest rates is likely to reflect that.

In contrast if an agreement can’t be met or businesses do not feel that the deal is satisfactory then there may not be increased confidence in the economy and therefore interest rates will remain low.

What does this mean for you?

Naturally it is easy to switch off and think this is something that only applies to you in theory. However, this can be relevant in a number of different ways, both positive and negative.

If you are concerned about how this could potentially affect you or would like to know more please contact Larcomes Financial Services today. We can look at your individual financial circumstances and help find investments best suited to your needs. Talk to us today and we will be happy to go over this with you in more detail.

For your legal needs visit: