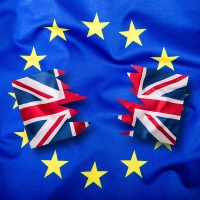 How Will Brexit Affect Your Business?

It is often said that a week is a long time in politics.

In the wake of sterling dropping, a number of high profile resignations and uncertainty in the markets people are concerned about the effect Brexit could have on their business.

Equally, it should be said some businesses have felt they will benefit. Exporters say British items costing less will work in their favour while some have felt that removing European red tape will make their businesses more efficient.

In this article we are going to look at what Brexit could potentially mean for your business and what you should be aware of.

Before the Brexit vote there were fears that mortgage rates would go up in the event of a vote to leave the EU. However, it seems that there may be a reduction in interest rates to counteract this, so a raise in mortgage rates may not happen and reduce the cost of lending.

Pre-vote there was talk of an increase in taxes. But with a drop in corporation tax announced by the Treasurer this does indicate that there may be a revision of that thinking.

The Leave campaign also said that potentially we could lose the 5% VAT on fuel that the EU currently requires. But with Britain still technically in the EU for the next 2 years (and with Article 50 not yet activated) it is likely to be a while before we see that happen (if indeed the removal happens).

There is a fear that pensioners could lose their “triple lock” security (pensions increase with earnings, inflation or by 2.5% depending on which of those is the highest figure).

In the event of a struggling economy we could see a period of quantitative easing and as this would result in lower bond yields it could result in a reduction in pension annuities.

There is some debate on whether the Brexit would be good or bad for investments – Remain campaigners argued UK shares would be regarded as less valuable to foreign investors while others argue that exporters would majorly benefit from a reduction in costs (conversely this means that importers would suffer due to increased costs).

Ultimately it is too soon to know for sure on this.

In recent times roaming costs have been capped by the EU. However, it is not yet known whether this will be incorporated into UK law. Likewise travel costs could potentially increase, with some airlines also warning that increased restrictions could affect costs.

As ever though it is important to check individual airlines and prices as many have put in price promises ensuring that there would be no post-Brexit increases.

At Larcomes Financial Services we are used to dealing with uncertain times and helping our customers work through them. Our motto is that we are “big enough to specialise, small enough to care.”

If you are concerned about how Brexit could affect your business and would like up to date information and advice please contact us today.

For your legal needs visit: